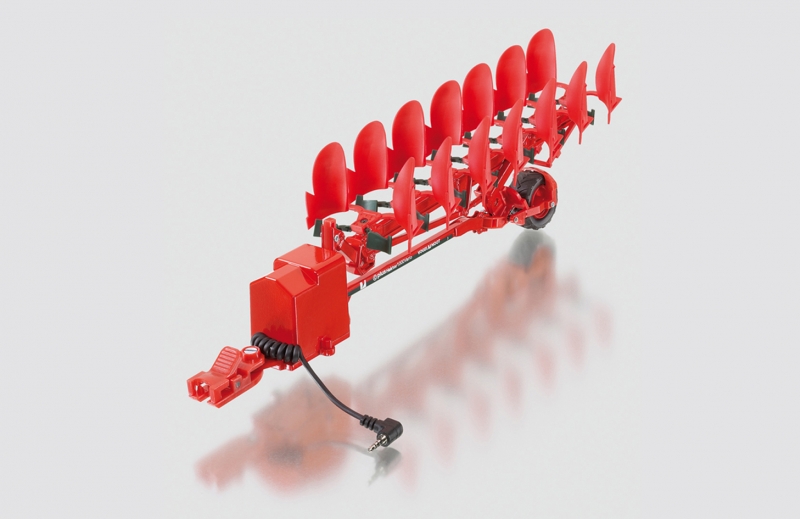 There are no reviews yet. Be the first to review this product

Radio controlled Vogel & Noot plough, for use with a radio controlled tractor from the Siku Control 32 range. This plough is scale 1:32 and comes boxed.

The Vogel & Noot semi mounted reversible plough features 7 furrows, skimmers and is designed to be attached to a radio controlled tractor from the Siku control 32 range. It features a turnover function to replicate the full scale plough turning at the end of a run! The plough is operated via the controller on a Siku radio control tractor and is connected to the rear of the tractor with a data cable located at the front of the plough. Watch the Vogel & Noot plough video to see it in action!

Please note the plough will not operate in isolation (a tractor is not included and will need to be purchased separately – see our related products below).

The manufacturers recommended age for this model is 3 years plus. We would suggest it is more suitable for older children who may be able to use the controller more effectively.

This plough is semi mounted, as opposed to fully mounted, due to its size and weight. It features 7 furrows along with skimmers to bury the stubble and weeds on the surface. The wheel is used to transport the plough and also doubles up as a depth wheel when in work. The variable width feature on this machine enables the operator to increase or decrease the furrow widths which is a great advantage on variable soil types. It is also available in the full scale farming world with auto reset bodies which can reduce the risk of damage to the furrows on stony and hard ground as each individual furrow will move up and down independently when coming into contact with large stones or other objects that may cause damage. This feature also helps to reduce the number of stones being brought to the surface.

A plough is used to prepare the field before planting. It is one of the first cultivation processes which a farmer may carry out in order to prepare the seed bed. Ploughing is often followed by discing or harrowing prior to drilling. The plough turns the upper layer of soil, burying weeds and any remains of the previous crop, and bringing fresh nutrients to the surface. Originally drawn by horses or cattle, tractors are now used to pull the plough which have enabled them to become much larger due to the increased horsepower and general capabilities of modern day machinery.

You must be signed in to add products to your wish list. Please sign in or register